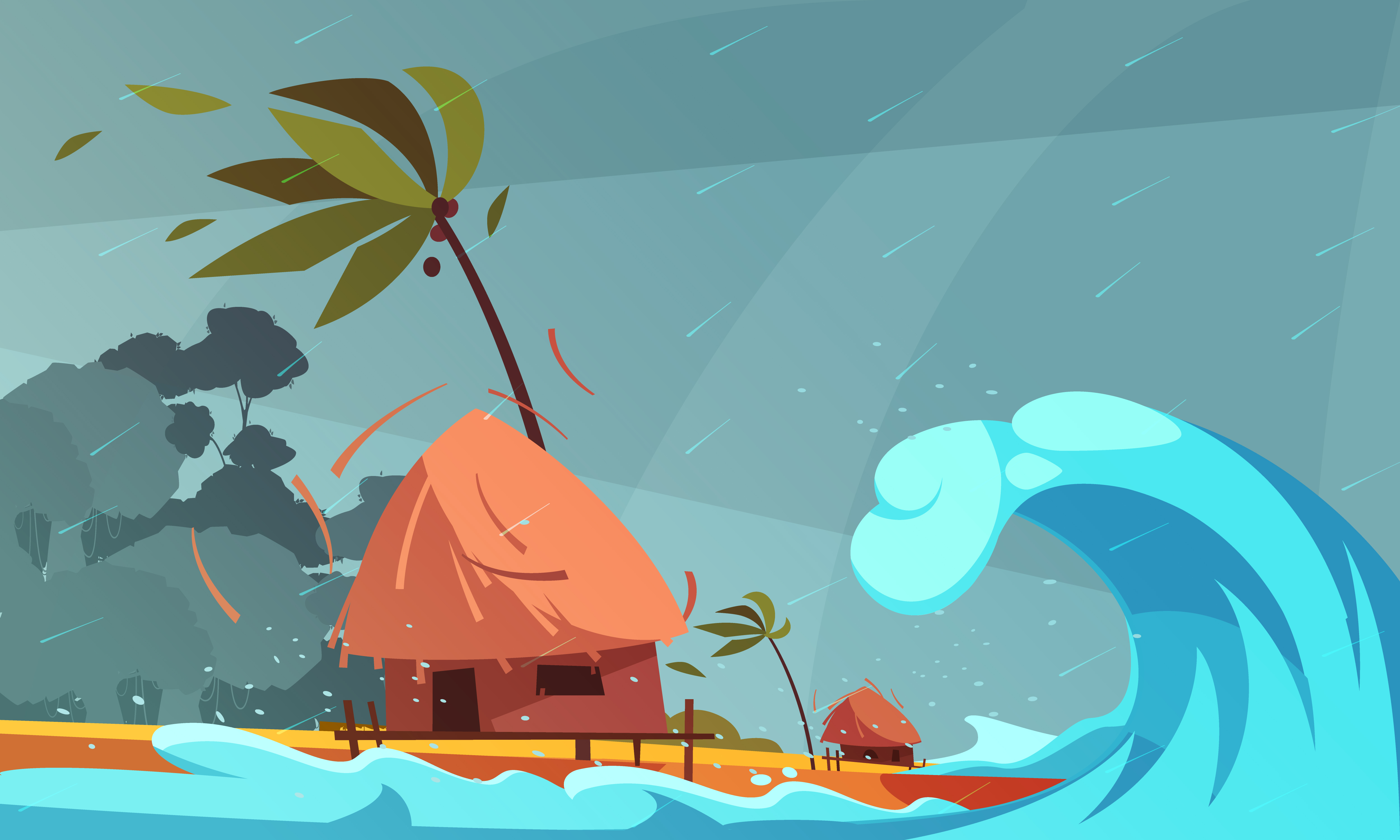 Over the past few years, Kerala has been hit hard by heavy downpours, floods, landslides, and droughts. Heavy rains were recorded in the state during 1924, 1961, 2018, and 2021. One of the main contributors to the present climate issue is the carbon that people have released into the atmosphere since the Industrial Revolution. However, the effects of climate change have been amplified by human activity. It is crucial to take the necessary precautions to lessen the effects of natural catastrophes like floods and landslides in Kerala, a state that is both heavily inhabited and geographically small. Kerala's changing climate is probably a result of the state's topography, altered land use patterns, urbanisation, development activities, and high population density.

Only 120 kilometres separate Kerala's eastern and western regions at their greatest distance. There are locations within these 120 kilometres that are above sea level (Anamudi, Idukki district) and locations that are up to 2 metres below it (Alappuzha and Kottayam districts). In Kerala, water from 41 rivers that flow west must travel 120 km to the sea. About 58 dams are thought to exist in Kerala. Although dams are a result of industrialization, other things also interfere with river’s normal flow.

An unparalleled level of disaster befell the coastal Indian state of Kerala in 2018. Large areas of the state were submerged by the greatest floods in recent history, which also triggered landslides throughout the perilous Western Ghats Mountain range. Following the deluge, thousands of people were compelled to seek temporary refuge, hundreds of people suffered injuries, and hundreds of people lost their lives. Rescue and relief activities were marked by an amazing spirit of action, togetherness, and charity in the midst of this catastrophe. Fishermen volunteered their services to help with rescue operations further inland, individuals from all social strata offered their homes to strangers in need, and money flowed in from all across the world.

What was the prime cause of the flooding?

Rainfall was 250 percent over average between August 8 and August 15, and it was 42 percent above average from June 1 and August 18, according to the IMD (Indian Meteorological Department).  A remarkable deviation from the usual. All of Kerala's big dams had to have their emergency shutters opened in order to deal with the heavy rains and avert structural collapses. As a result, rivers that were already swollen were overrun by torrents of water flowing downstream. Some of the critics here blamed ineffective disaster management for delaying the progressive release of water. Aside from widespread floods, the nonstop rains also caused multiple landslides, which were largely to blame for the majority of recorded fatalities.

Would a heads-up have made a difference in this case? The prediction of such catastrophic occurrences during the monsoon season is still low, and climate science and meteorology are still fraught with uncertainty.

Popular posts from this blog

Impact of Covid -19 on Business in India

July 04, 2022
Corona with its fast spread over the world,  COVID-19  has become a pandemic. This pandemic situation is one of the most widely spread diseases in recent history. When compared to previous pandemic management experiences, the Corona pandemic situation may be leveraged as a development opportunity to achieve a lot greater take-off with a considerably lower cost. The new set of attitudes in the process of development. There are many people who are losing their jobs and incomes in the formal and informal sectors of society. Service providers (supply chain networks) are unable to continue the day-to-day supply of commodities and other services due to a lack of profit margins… It may cause people to become detached from such institutions or services, and some may seek alternate answers… Thus, there may be some temporal decline in supply chains in society. COVID-19 is in rapid spread tendency in most countries, and there are no sufficient health and socio-economic infrastructures, particul
Post a Comment
Read more

Defining Feminism and type of Feminism

July 08, 2022
Most of you will be confused by the title, let me explain. Feminism, very simply, is the belief that no sex should be treated unfairly?... They ought to be treated equally. But now, a new form of feminism known appropriately as pseudo-feminist has emerged. Pseudo-feminists frequently lash out and degrade men in an effort to address all the injustices done to women. What they overlook is equality, which is the cornerstone of the feminist movement. Pseudo-feminism is all around us, covertly lurking behind feminism, though we frequently are unaware of it. Feminism and women's empowerment are two terms that are often used nowadays, yet they are not the same. Nevertheless, they get along and help one another. I'm thankful and pleased as a man that these problems are being discussed in society today. But recent events have made me realize that many individuals call themselves feminists without understanding what feminism really means. Equal rights for men and women have been at
Post a Comment
Read more